Take your Guitar Skills to the Next Level

Kiko teaches You how to practice effectively

Get started for free

Break your bad habits and jump start your playing:

How to divide your time

Are you feeling Stuck? Learn to structure your practice routine and guarantee progress.

Watch Kiko practice a difficult song and apply his tips to master your own challenging riffs or solos.

Keep yourself accountable and get peer support from a community of like minded guitar players.

Kiko has played guitar for over 25 years and has performed all over the world. He started teaching when he was just 16, and has given lectures, seminars and clinics in over 50 countries. He is co-founder of the acclaimed Brazilian heavy metal band Angra and is currently the lead guitarist of the legendary band Megadeth with which he won the "Best Metal Performance" Grammy Award for the  song "Dystopia".

Kiko is also a very experienced teacher, and throughout his career has produced five different instructional videos. Lately he released seven online courses in Portuguese, transforming the playing and musicality of over 3000 students.

Kiko has also been an instructor as part of guitar camps from renowned musicians including Allan Holdsworth, Paul Gilbert and in 2018 was part of the lineup of the G4 experience with Joe Satriani. 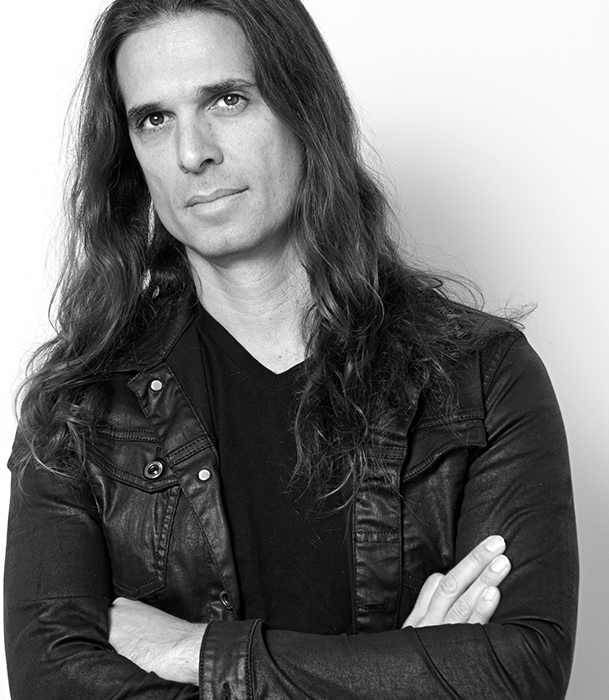